To most residents of modern day Illinois, the fact that we were part of a French colony for nearly 100 years is barely apparent. Long before the American Revolution, families of French descent built homes, cultivated fields, engaged in the fur trade, and established towns along the Mississippi River.

The French colonial legacy of Illinois is a rich and often overlooked chapter in Illinois history. The “Illinois Country” of the 1600s and 1700s was the scene of a remarkable interaction between Native Americans, French explorers, priests, fur traders, merchants, and agricultural families. This resulted in a number of well-established fur trading and farming communities that spanned most of the 18th and 19th centuries. Towns and cities such as Cahokia, Prairie du Rocher and Peoria in Illinois, and Ste. Genevieve and St. Louis in Missouri, trace their origins to the plans of French traders and farmers of the 18th century.

Such communities still preserve important archaeological legacies as well. While many of these remains have succumbed to urban development and the movements of the Mississippi River, there survives an archaeological record that offers a direct link to the lives of those who were a part of French Illinois. 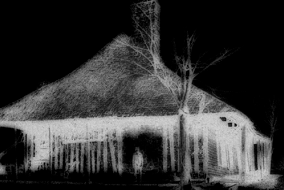